You are here: Home / 13 Colonies / The Ultimate Guide to Teaching the 13 Colonies

If you’ve ever taught history before, you probably know that preparation is key to a great lesson. I would guess that almost every teacher has had an experience where they weren’t prepared to teach, and the lesson totally bombs! It’s not a good feeling and one that no teacher wants to repeat. However, it can also seem overwhelming to learn all the subject matter you need to teach, especially with large history topics like the 13 Colonies.

To help you save time, I’ve outlined the most important things you need to know to teach the 13 Colonies to your students.

What were the 13 colonies?

A colony refers to a region of land that is under the political control of another country. The 13 Colonies refers to the group of colonies established by Great Britain on the Atlantic coast of North America in the 1600’s and early 1700’s. Although many of the colonists came from Great Britain, the 13 Colonies also included settlers from other European countries, Native Americans, and enslaved Africans. The 13 Colonies can be grouped into three regions: New England Colonies, Middle Colonies, and Southern Colonies. 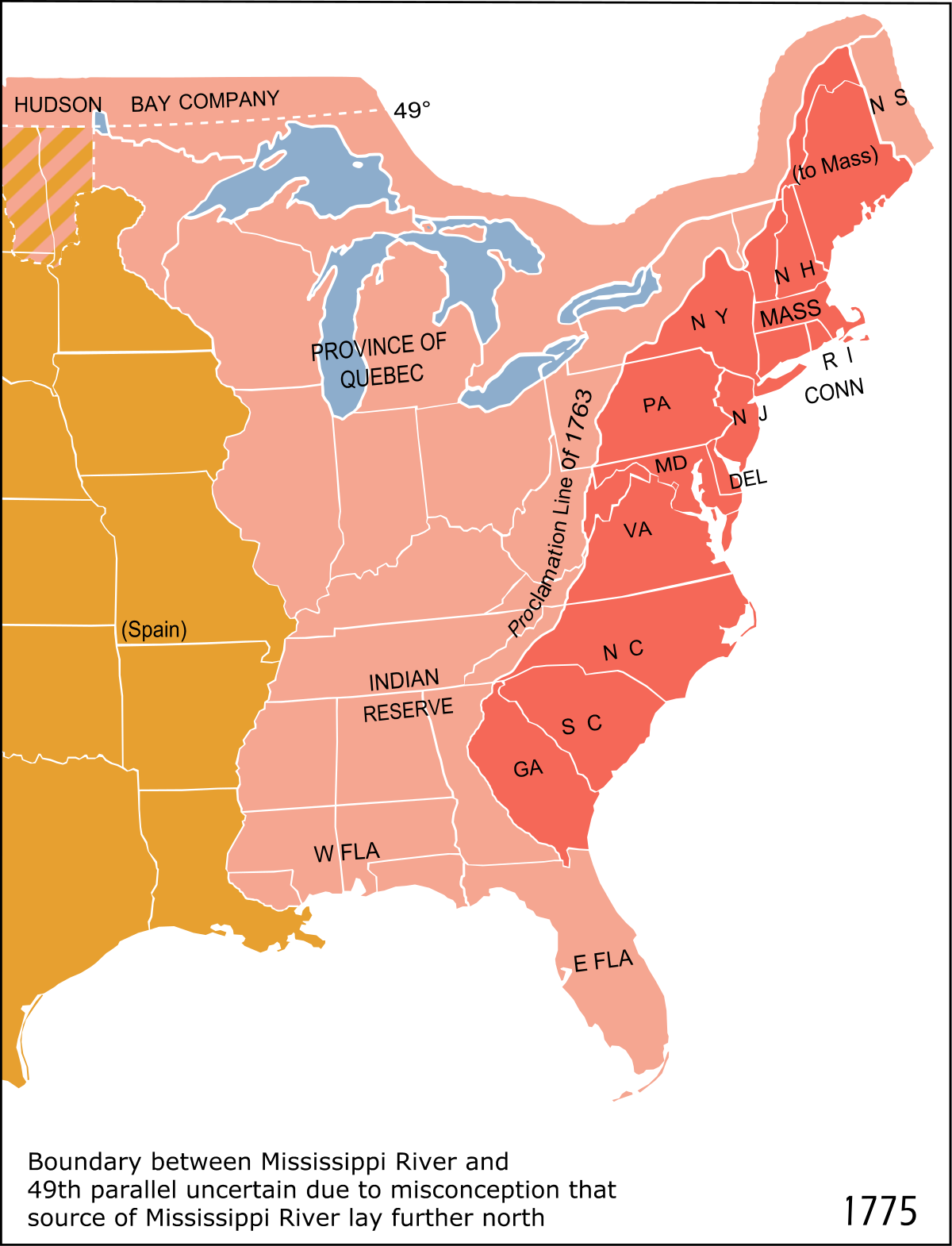 Why did people come to the 13 Colonies?

There are many reasons why people settled the 13 Colonies. The first successful English colony in America was founded in Jamestown, Virginia in 1607. These settlers hoped to find wealth in the New World. Specifically, they wanted to find gold like the Spanish had in South America. Although gold was never found in significant amounts, some Southern colonists did find wealth in the form of cash crops like tobacco.

Beginning in 1619, enslaved Africans were brought to the 13 Colonies against their will. They were forced to work without freedom. Although most enslaved people could not make money from their work, their enslavers did. European colonization itself depended on the work of enslaved people. Slavery and the slave trade were central to the development and growth of the 13 colonies.

In addition, many English men and women immigrated as indentured servants. Indentured servants sold their labor for a certain number of years in exchange for passage to America. They hoped that after seven to ten years of labor, they would be able to collect their freedom dues and build lives of their own.

Furthermore, some came to the 13 Colonies for religious reasons. For example, Puritans and Pilgrims fled England because they were unhappy with the Church of England. Each group hoped to find religious freedom in the 13 Colonies. 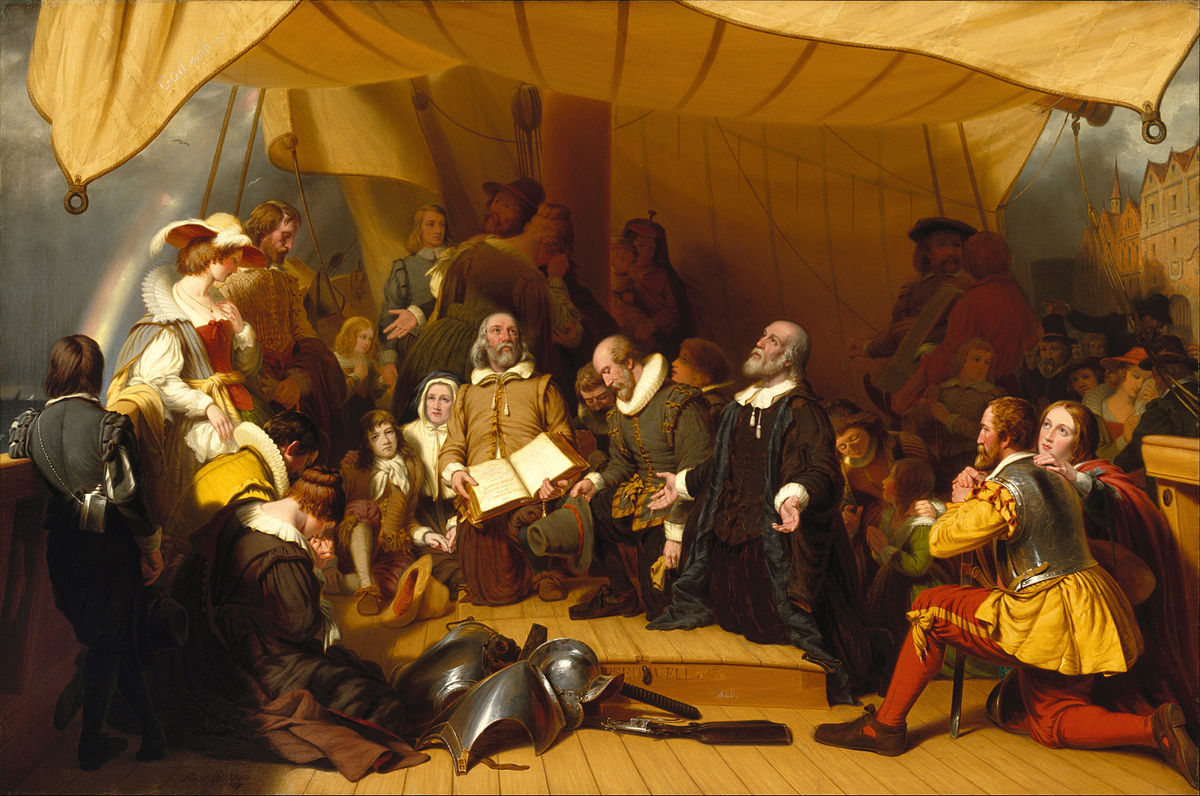 The Embarkation of the Pilgrims (1857) by Robert Walter Weir, Public Domain, Link

Of course, colonists from other European countries like the Netherlands and Spain settled the 13 colonies. They settled for similar reasons to the British (ex: to gain wealth, to escape religious persecution, to bring glory to their home country, etc.). They had both peaceful and violent interactions with the English settlers.

Finally, all these groups interacted with the millions of Indigenous Peoples who were already living in North America. In general, European contact resulted in the devestating loss of life and lands for Indigenous Peoples.

What happened to the 13 Colonies?

In 1776, the 13 Colonies declared independence from Great Britain. To learn more about this, check out my Declaration of Independence Unit.

When teaching the Age of Exploration, or any historical period, it can be helpful for students to have a general timeline of important events and when they occurred.

Here are some of the most important events to know when teaching the 13 Colonies:

I recommend displaying a timeline like this in your classroom. Even better, have students help you create the timeline as you go through the unit! Click here to get my free 13 colonies timeline lesson.

Teacher Resources for Learning about the 13 Colonies

Now that you know the basics, here are a few more awesome resources to help you learn more. These resources will help you better understand the 13 Colonies!

Note: Each lesson is around 45 minutes long.

This pacing guide is the same one I use in my 13 Colonies Unit.

If the idea of planning and prepping everything for your 13 Colonies unit overwhelms you, then this resource is for you! It has everything you need! Included are a helpful introductory PowerPoint presentation, engaging simulations, ready-to-print student worksheets, and an easy-to-use study guide and assessment to check student knowledge.

For those of you who are teaching remotely, I’ve added Google Slides to all the lessons. I created this unit to help you and your students love learning about the 13 Colonies!

To get you started, check out my free 13 Colonies lessons!

This interactive lesson is a great way to start off your 13 Colonies unit! In this simple but effective lesson, students learn where the 13 colonies are located. In addition, students group the colonies by region. I’ve also included some great online resources to share with your students.

This lesson can be printed or assigned via Google Classroom!

In this timeline lesson, students learn about each of the 13 Colonies in more detail. Students place the colonies on a timeline in order of settlement. They also learn about who founded each colony and why.

Students learn about the 13 colonies through task cards. I love this lesson because it’s so customizable! You can post task cards around the room to allow for more movement or let students work in pairs to provide more support.

This lesson can be printed or assigned via Google Classroom!

Enter your email below to grab your free 13 Colonies Timeline lesson!

If you aren’t already using primary sources to teach about the 13 Colonies, you’re missing out! No matter what historical period you’re teaching about, primary sources can help history come to life for your students.

The main difficulty with primary sources is finding the time to search for them when you already have a million things on your to-do list. There are so many options that it can be overwhelming!

To help save you time, I’ve created a list of teacher-approved 13 Colonies Primary Sources.

One of my favorite primary sources is from The New England Primer. Your students will be intrigued by how different school texts looked during the 17th century. It will also lead to a great discussion on how religion and school were interconnected.

Pages from The New England Primer (First published in 1688)

The New England Primer was a reading textbook used by millions of American colonists for more than a century. The Primer taught children reading skills as well as Puritan attitudes and doctrine (A is for Adam sinning, B is for the Bible, etc. Read what they wrote for F!)

Create a lesson out of this primary source with The Gilder Lehrman Institute’s lesson plan.

Resources for this Primary Source:

Another great resource to include are videos! Videos engage students and teach concepts in simple and easy to understand ways.

Unfortunately, searching for videos can be overwhelming. Finding an appropriate and relevant video can be like finding a needle in a haystack! To help save you time and provide you with high-quality videos, I’ve created a list of 13 Colonies Videos for Students.

These videos can be used in so many ways. For instance, you can use the 13 Colonies Song (Queen’s “Somebody to Love” Parody) as a review for your students. It’s hilarious and does a great job summarizing the founding of each colony.

The final resource I want to cover for teaching the 13 Colonies is picture books.

Picture books are an amazing resource for teaching history! They tell personal stories and help students make connections between their lives and the lives of historical figures. And the best part is you can usually find them for free at your local library or even by searching Youtube for read-aloud versions. History picture books are engaging and informative no matter which format you use!

Freedom Over Me: Eleven Slaves, Their Lives, and Dreams Brought to Life by Ashley Bryan is one of my favorite books about this time period. It is a moving book that I think all students should read.

Freedom Over Me: Eleven Slaves, Their Lives, and Dreams Brought to Life by Ashley Bryan

Slavery was central to the development and growth of the colonial economies and existed in all 13 Colonies. Slavery is an important, heartbreaking, and confusing subject for children to study. I love this book because it tells the personal stories of 11 enslaved individuals. It focuses on each person, sharing their hopes, dreams, and sorrows.

This book is appropriate for ages 8 and up.

Ideas for Using this Book:

Bryan’s book teaches many important truths about slavery. For example, it shows how the experience of slavery varied for each person. The 11 enslaved people worked in a variety of trades (cook, carpenter, seamstress, and more). The skills of the enslaved people added to the wealth of the enslavers.

Each enslaved person has different memories, life experiences, and dreams. They all want freedom.

Classroom activity idea: Analyze each character in the story. What do they hope for? What do they do on the estate? If applicable, what was their life like before slavery?

The last page shows the appraisement where the dollar “value” of each enslaved person is listed. Also listed are the values of animals and crops. Ask students what this says about how enslaved people were viewed by their enslavers.

Note: The book link is an Amazon affiliate link. This means that I may earn commissions for purchases made through the link.

I hope that these resources help you while you are teaching the 13 Colonies. If you need more help, consider checking out my 3-week 13 Colonies Unit.

Feeling stressed about teaching the 13 Colonies? This unit will help you feel prepared and excited to teach by providing you with 15 complete lessons, worksheets, and answers keys.

As teachers, we want to create meaningful lessons for our students. But with so many subjects to cover, it can be difficult to find the time, especially for subjects like history that require a lot of prior knowledge.

I created this unit, and many others, to provide you with high-quality, engaging lessons that will save you time and help you fall in love with teaching history! Keep reading to see what makes this 13 Colonies Unit so awesome!

Here’s what teachers are saying…

“I LOVE THIS SELLER. I have purchased all of her early US History interactive units and the kids love them. They are engaging, appropriately challenging, and informative. 2 huge thumbs up!”

This is by far one of best purchases I have made to date. The lessons are wonderful and engaging. My students love the lessons and prepping was super easy. I plan to purchase more of your social studies units!! Thank you for doing all the hard work for me.

I LOVE your products – especially the simulations. The Jamestown simulations pushed my students’ critical thinking and teamwork skills and taught them historical content in such a fun and creative way.

My name is Becca and I am a mother, former teacher, and curriculum designer. My biggest struggle as a 5th grade teacher was finding the time to create engaging history lessons. Now, my mission is to help busy teachers fall in love with teaching history. Read More…

Get freebies, great teaching ideas, and discounts sent straight to your inbox!

What can I help you teach?

Enter your email now to get access to the lesson and receive free resources and strategies for teaching about the Civil War!

No spam. Unsubscribe at any time.

I help busy teachers fall in love with teaching history.